The AWS Command Line Interface (CLI) is a great tool that can be used in your scripts to manage all your AWS infrastructure. There is a lot of useful commands, my favorite one is AWS S3 Sync which will synchronize two S3 buckets. This is pretty useful when for example you want to copy a bucket from a different AWS account.

Depending on your use case, you might want to synchronize the two buckets based on an event or on a daily basis. In order to do that, the easiest option is just to go serverless and have a Lambda that will take care of the syncing process.

Lambda Layer to the Rescue

AWS CLI in a Lambda?

The problem with the AWS SDK and Boto3 is that the s3 sync command is not available, which means that you will have to write some custom code. Reinventing the wheel is not really something recommended in software development because it might take a while to write something stable and reliable. In addition, the sync command from the CLI includes several handy options, such as include and exclude, so let’s just step back a little and figure out a better solution.

To have additional features and libraries available for your Lambda, you simply have to build a Lambda layer and have your Lambda use it. By having a layer that includes the AWS CLI, your Lambda will be able to call the CLI and then run the sync process like you would do from your terminal.

There are multiple ways to build your own layer but in our case. Since we are going to use AWS CDK to deploy our Lambda, we can use the lambda-layer-awscli module. This module is easy to use and installs the CLI under /opt/awscli/aws in the Lambda.

I decided to use Python to write the Lambda as the sync process is pretty straightforward. The while loop streams the outputs from the sync command to CloudWatch.

The two environment variables SOURCE and DESTINATION contain the buckets’ name and are populated by CDK during the stack deployment.

The architecture must be capable of running the syncing process daily by using the Lambda: 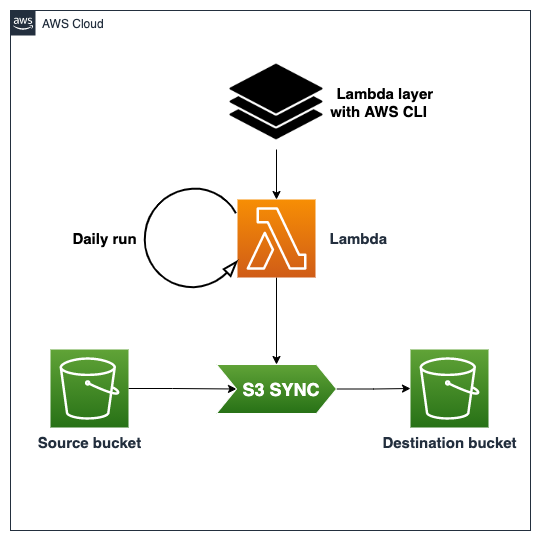 I have been a huge fan and advocate of AWS CDK since its first release, as it abstracts concepts like permissions and service interactions. Writing code with your favorite language that ends up deploying components on the Cloud can be quite addictive!

Below is the code that defines our infrastructure:

I decided to use the Official COVID-19 Data Lake and the folder static-datasets for the source bucket. CDK will take care of uploading the data folder to the source bucket using BucketDeployment.

The project is available at this GitHub Repository in case you want to clone it. You can follow the instructions to deploy / destroy the stack:

Your console should output something similar once the stack is successfully deployed: 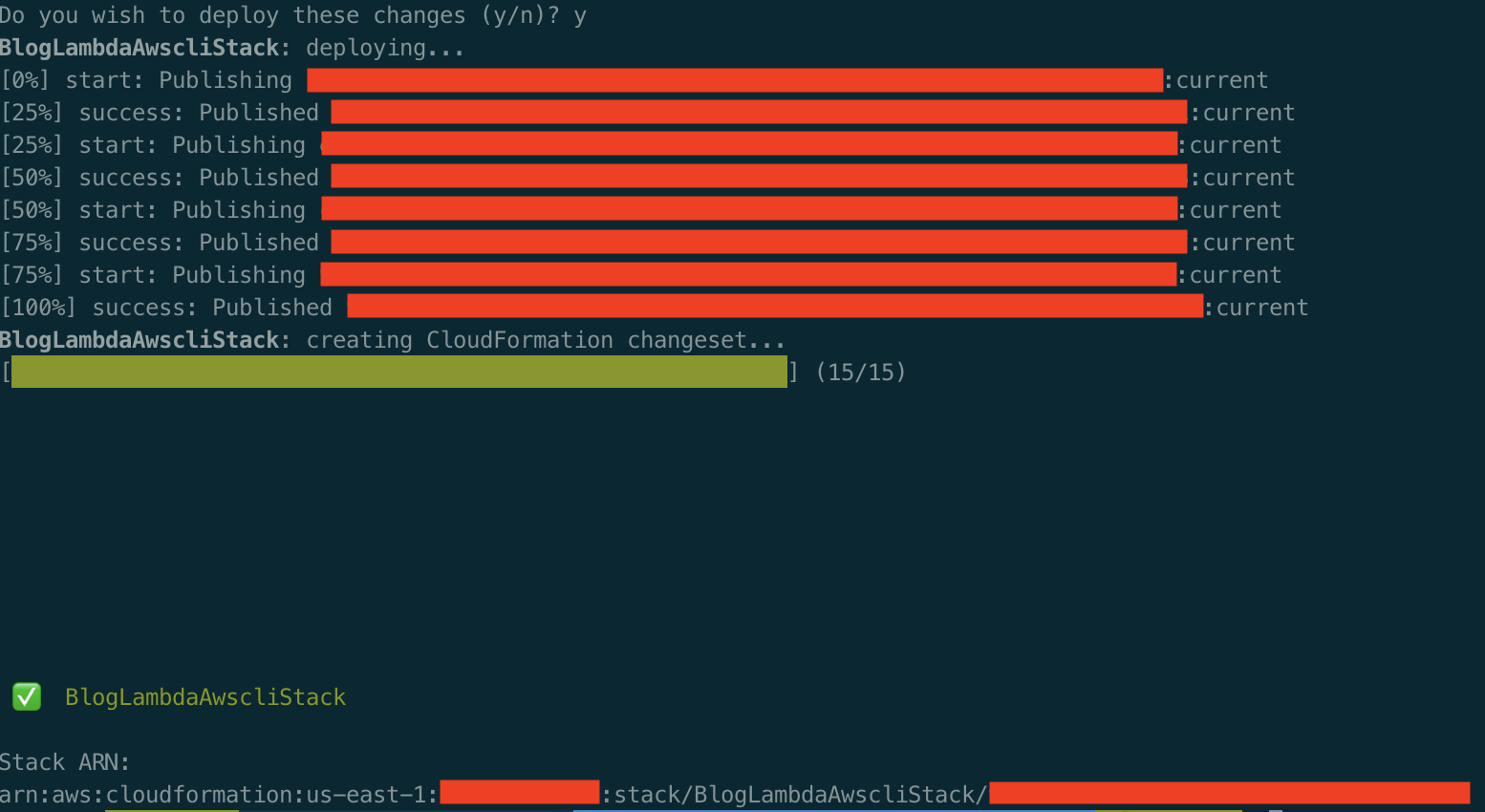 You can manually trigger the Lambda in order to test and then check the CloudWatch logs (we can see the progress of the sync):

Check the destination bucket to make sure that the COVID data was correctly synced:

It might be a good idea to do the first sync manually, as a large amount of data will take multiple hours. Then, depending on your use case, you can just reduce the schedule to run the Lambda every 30 minutes, for example.